Convergence of Storytelling in Music and Film with Matt Geraghty: All Things Content

My All Things Content Podcast episode 5 features Matt Geraghty works as a content and brand strategist. During the time he does not help global brands improve their content experiences, Matt releases award-winning albums and films about World Music and musicians. Matt and I go way back, as I hired him for the Sapient team in NYC in 2012 to be on the content strategy team there. Little did I know about his other career as a musician. A year before he joined Sapient, he released a CD that featured such talent as Anna Maria Jopek and offered a refreshing sound of World Music, Jazz, and Continental European Folk music, entitled Departures. This year, Matt’s new album, The Sacred Leaf was nominated for his second Grammy for Best Alternative Album in Latin Music of 2022.

When Matt first told me about his music career, I believe he had just performed at Carnegie Hall. He was much more than a moonlighting musician who played at small local venues and jammed on weekends in a garage. Matt Geraghty was a talented bassist and songwriter, who had worked with international artists, Grammy-award-winning musicians, and talented, well-established performers. In 2020, Matt would receive his first Grammy nomination for The Warrior Women of Afro-Peruvian Music, a documentary that complemented his album sharing the same name. This documentary told the stories of Afro-Peruvian artists and their music.

In this episode of my Podcast All Things Content, Matt and I discuss this project and how he told the stories of these women including their challenges with racism, sexism, and oppression in Peru. We discuss the theme of film as a storytelling vehicle and the work that goes into making such a film. The podcast covers music and its convergence with storytelling and narrative. Also discussed by Matt includes how his career as a content strategist helps improve the way he constructs films, improving the way he tells stories that are meaningful and resonate. Matt speaks to the challenges of making documentaries and discusses how he managed to make a critically acclaimed short film on a budget, whilst still helping large global brands improve their content, keeping his day job as a content strategist. 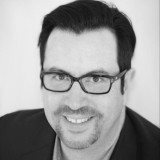